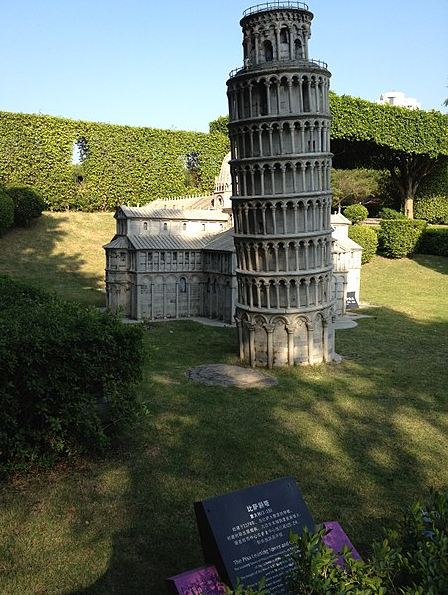 Most of us can identify a city when we see its skyline. This is because several buildings stand out and become more recognizable because of their distinctive architecture. This is why most people like to create historical landmarks and facilities models to have a physical miniature representation of their own. However, building them takes a lot of time and effort because you have to be accurate when it comes to the important aspects of the landmark or building. That is why in this article, we are going to give you some ideas on building models of must-see landmarks.

Tips for Making Your Own Miniature Landmark

Famous Landmarks to Base Your Model To

Leaning Tower of Pisa –  The Leaning Tower of Pisa, situated in Pisa, Italy, is a free-standing structure that is famous for the angle at which it sits. The construction of this astounding tower last more than 200 years, and it was first halted when architects noticed that the building was starting to tilt. As the structure gained weight through the years, it started compacting clay in the ground. That is why its construction was restarted 100 years later it was first built. However, the construction was repeatedly paused because of wars and battles. Over the years, architects discovered ways to keep the Leaning Tower of Pisa standing while maintaining its iconic tilt.

If you want to do a model of the Leaning Tower of Pisa, you must have a lightweight tube, like an empty paper towel roll or an oatmeal container. This can represent the structure, and then you have to cut the bottom at an angle and stick it to a cardboard base.

The Empire State Building has a simple but recognizable architecture that can be copied with practical supplies. That is why if you’re going to make this at home by yourself, we suggest that you use a broad and solid foundation so that the model building can maintain its free-standing style. You can use popsicle sticks that are glued together. You can also use clay or Legos because they are strong enough to hold their shape while supporting a taller structure at the same time.

Roman Colosseum – The Colosseum in Rome used to be an amphitheater where gladiators fought wild animals and each other to death. According to research, the Roman Colosseum’s round structure was first built during 70 A.D. Today, only one-third of the original design remains. It was able to survive years of wear, several earthquakes, and lightning fire.

When you’re making a model of the Roman colosseum, please take note that the amphitheater has no ceiling and it has tiered seating. Keep in mind that details like this make the project more complex because you have to make a model of the inside and outside of the colosseum. That is why we suggest that you create the layers and make your exterior design with easy-to-shape and cut materials.

You can be a lot more creative when making model scales of landmarks and famous buildings by using different materials you can find in your home. However, if you want to be more precise and realistic, you can purchase some building kits or puzzles online. These type of models comes in different materials, and you can have a lot of landmarks to choose from.